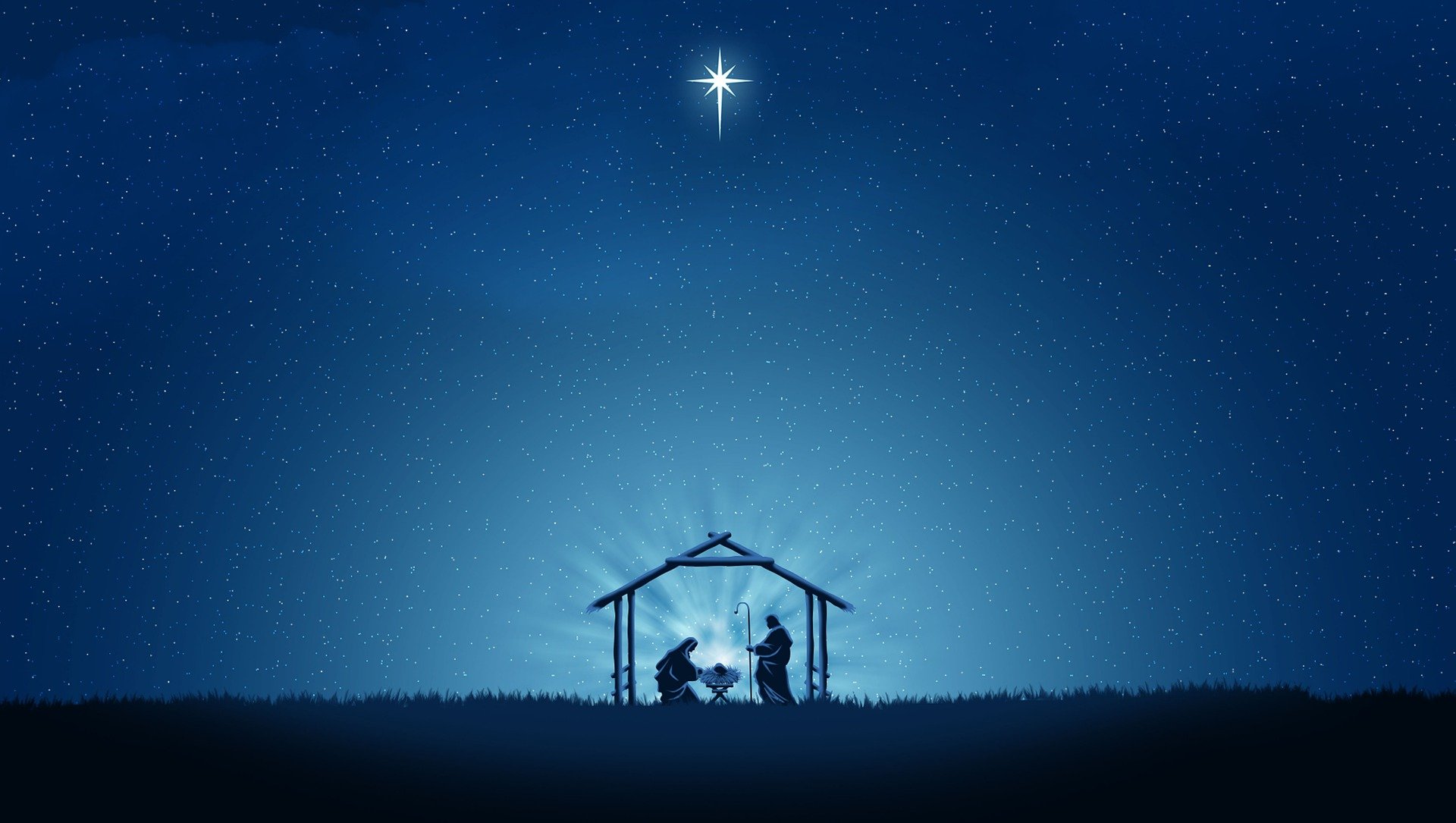 This Christmas don’t forget the wonder of the Incarnation

What is the greatest event in the history of the world? What is the most amazing thing to happen across the entirety of the cosmos? What story lies at the centre of absolutely everything, past, present and future?

God coming as a man. That’s what.

And Christmas is a wonderful reminder of the eternal Son of God entering into this fallen, broken mess of a world to save sinners. Forget your turkey, sprouts and vegan cheeseboard for a moment. Take in the significance of the fulfilment of these words, first recorded two-and-a-half-thousand years ago:

From heaven He came and sought her

The moment Adam and Eve took of the fruit of the tree in the Garden of Eden, we were doomed and under the unbreakable curse of sin and death. In the generations that followed, many prophets, priests and kings tried to redeem us, but none were worthy. We just plunged ever further downwards, our sin snowballing, spiralling us into ever more hideous outworkings of the dark vileness of our fallen hearts. Completely hopeless in every way, we needed an out-of-this-world divine champion to come to right the wrongs and redeem humanity.

And so, as the old hymn says, ‘from heaven He came and sought her’. However, the One who is the ‘Alpha and Omega’ (Revelation 1:8) didn’t come in the mighty power of His divine heavenly glory. Elsewhere, the ‘Bright and Morning Star’ (Revelation 22:16, NKJV) is described as having a ‘body like beryl, his face like the appearance of lightning, his eyes like flaming torches, his arms and legs like the gleam of burnished bronze’ (Daniel 10:6). It’s no wonder Daniel fell on his face (Daniel 10:9)!

But no, He came as the man Jesus — Immanuel, God with us (Isaiah 7:14) — with ‘no form or majesty that we should look at him, and no beauty that we should desire him’ (Isaiah 53:2). In the end ‘many were astonished at [him]— his appearance was so marred, beyond human semblance, and his form beyond that of the children of mankind’ (Isaiah 52:14).

He, the bridegroom of heaven, was born to die for His bride the Church. The famed bishop of Hippo once said:

This was the Triune God’s plan of salvation from time immemorial. Christian, if ever you doubt that God loves you, remember that ‘the reason God will never stop loving you is that he never began’ (Geerhardus Vos, reflecting on Jeremiah 31:3). God — Father, Son and Spirit — loves you eternally. The Puritan John Owen writes:

‘The greatest sorrow and burden you can lay on the Father, the greatest unkindness you can do to Him is not to believe that He loves you.’

John Owen (who ever thought Puritans were stuffy?!)

Christ Jesus, God Himself, came into the world to do what the first Adam could not do, and as our representative fulfil the law perfectly as a man born under the law (Galatians 4:4-5). So that to those who are united by faith with Him, He becomes Yahweh Tsidkenu — ‘THE LORD OUR RIGHTEOUSNESS’ (Jeremiah 23:6, NKJV). For Jesus to be our Redeemer and this union to be possible, He had to be made human, body and soul. He had to for our salvation — as old Greg in the fourth century puts it, ‘for that which He has not assumed He has not healed’ (Gregory of Nazianzus).

But Christ also never stopped being very God of very God. Theologians call Christ’s dual nature, human and divine, His ‘hypostatic union’. Here’s what a couple more from the past said about it:

‘Here is something marvellous: the Son of God descended from heaven in such a way that, without leaving heaven, He willed to be born in the Virgin’s womb, to go about the earth, and to hang upon the cross; yet He continuously filled the world even as He had done from the beginning!’

‘What a wonder that two natures infinitely distant should be more intimately united than anything in the world […] That the same person should have both a glory and a grief; an infinite joy in the Deity, and an inexpressible sorrow in the humanity; that a God upon a throne should be an infant in a cradle; the thundering Creator be a weeping babe and a suffering man; [the Incarnation astonishes] men upon earth, and angels in heaven.’

And so the perfect God-man gave us His perfect righteousness, yes, but justification is dual-faceted: He also bore away our every sin, and so died as the sacrificial Lamb of God. The most glorious, most divine Person ever became the greatest Sinner ever! His death on a tree as the second Adam reversed the curse of the tree that doomed humanity right back in the Garden of Eden thanks to the first Adam. This most terrible event, the death of the Son of God, resulted in our salvation, the most wonderful event! And so ding dong merrily on high indeed, the curse of sin, death and hell is broken forever!

So before you start on the pigs in blankets, scoff another mince pie or tear off the wrapping on your Christmas presents, take a moment — a ‘Selah’ if you will — to ponder the Incarnation and what it means, and then see if you can’t but fall on your knees in renewed awe and wonder at what God has done for sinners. Praise Him!!