How should Christians respond to terrorism?

In the wake of recent horrific terrorist attacks (which are now almost a daily occurrence) in Barcelona, Finland, Russia, London and many other places, there are many different reactions. Some people are inclined to panic; others put on a show of resilience, resolve and unity; and some angrily attack back, verbally or otherwise. But how should Christians respond?

First of all, we should not fear. People with guns, knives and bombs come and go. The Bible tells us not to fear such people, instead to fear God, who is Sovereign in all things:

In times of crisis and disaster Christians should shine brightest. We have peace and assurance, that whatever happens, Christ is our Saviour, and we eagerly await the heavenly home that awaits us. We are blessed beyond belief. However, this blessing is not reason to hide away in some hermit-hole up a remote mountain in Tibet or pretend everything’s OK and stick our heads in the ground like Winnie the Pooh. That won’t help anybody. 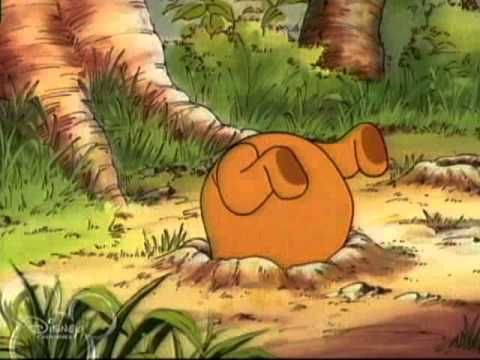 In times of war, everyone is mobilised and prepared for battle, and in the same way we all need to report for duty to our King and Commander. We all have a role to play within the world. We should not shirk from our duty (*wink wink* Jonah).

We don’t fear. We praise the Lord as we march out to battle (2 Cor. 20:21). He is the One we should fear. He is the One with almighty power who allows such atrocities to happen, and even uses them for good (Gen. 50:20, Rom. 8:28), so that He might unite everything together under His Son (1 Eph. 1:10) and thereby make known His Name and His Salvation to the ends of the earth.

Every day we read or hear the news of terrorist attacks, natural disasters, and horrendous accidents all with massive loss of life. Many ask how God can exist or allow such atrocities to carry on. Without wishing to get bogged down with this question, we must remember that this world is fallen, and it is not everything; there will be a day of judgement, where everyone will have to give an account for their actions, and then there will be a new heavens and a new earth.

One of the reasons I love the Psalms is that they were written by people who experienced the exact same problems as us. They are so exactly like us, it is remarkable. There is a psalm for every occasion. Psalm 73 is a great one to read when we feel like everything is going wrong, and people who do evil seem to be having a whale of a time.

The root cause of terrorism and this savage thirst for blood is, of course, sin. Terrorism and war brings out the worst in human beings, as well as sometimes the best in the aftermath. We are sinful fallen creatures, but we are still made in the image of our ever-merciful ever-graceful God.

Our first reaction should surely be to pray. Prayer is our most powerful weapon, a direct channel of communication to our God which should be open at all times (Eph. 6:18). We pray for the families of the victims of the attacks, that they may be comforted and find strength in God. We pray for the security forces and leaders in the country, that they may be blessed with guidance and wisdom in protecting the nation. However hard it is, we should also pray for the terrorist organisations responsible for these attacks, for the poor deluded individuals who are so misled by false religions and ideas as to commit such atrocities. At the end of the day they are sinners just like us, the same uncrossable chasm that once separated us from God separates them also. Jesus is the bridge and we pray that all may know Him.

The West is trying to bomb Islamic State out; a much more effective means of removing them would be to pray them out. Can you imagine if world leaders were to call for an international day of prayer for terrorists and terrorism?

We must remember that the Lord is in control and that is not a throwaway statement. The more I look at the pattern of things in this world, the more I see the Lord’s hand at work in the course of events, ever merciful, ever just. God allows life to go on, and us to carry on.

Christians should show the world in these dark and desperate days the love of God. We love not only our brothers and sisters in Christ but also the people of the world who live a Christless existence (Luke 14:12-14), and this is a love that should not only be in thought or prayer but with actions and in truth (1 John 3:16-18). We mourn with those who mourn. Their loss is our loss. We love our enemies and pray for those who persecute us (Matt. 5:44), we need to have hearts of love and forgiveness (Matt. 6:15).

One of my favourite examples is that of Elisabeth Elliot, who after her husband and four others were brutally killed by a tribe in Ecuador went back and ministered to that same tribe, telling the Gospel with such a love that spoke volumes to the murderers. Later, a son of one of the murdered men was baptised by the very man who had murdered his father and now come to Christ. That same love and forgiveness that so characterised her heart, although it was incredibly hard, we should have with us too. Read 1 Corinthians 13. We may not lose our loved-ones in such a brutal way, but we should remember our Saviour on the cross. The agony He endured for us, at the hands of those who had cheered Him into the city. Our trials and sufferings are as naught, through all suffering, all embarrassment received through the cause, we should love.

As Christians we should be calm, strong and sturdy witnesses, anchored so deep in Christ that the strongest storm cannot wrench us from our position. We should be ‘Quick to listen, slow to speak and slow to become angry. For man’s anger does not bring about the righteous life that God desires’ (James 1:19-20).

We have the most glorious Gift, Jesus Christ, a gift that needs to be shared to all the world. The three ways we share with them and the three things the world needs are prayer, love and the Gospel.

In conclusion, the best thing we can do right now is to pour out our hearts to our Heavenly Father for mercy on our world. We must come ‘boldly before His throne of Grace’, and lift up the poor people of this world who go about their day-to-day lives without a thought of God. We should pray that the Lord will draw them to Himself and that they may know Christ for themselves. We should pray that the Lord would send forth His Spirit into the world, into the Church, that we might have a real full-blown revival in these dark times. We should pray for strength, love and faith for ourselves and our Christian brothers and sisters scattered throughout the world. The battle-song of John Bunyan springs to mind:

Who would true valour see,
Let him come hither;
One here will constant be,
Come wind, come weather;
There’s no discouragement
Shall make him once relent
His first avowed intent
To be a pilgrim.

Whoso beset him round
With dismal stories
Do but themselves confound;
His strength the more is,
No lion can him fright;
He’ll with a giant fight;
But he will have a right
To be a pilgrim.

Hobgoblin nor foul fiend
Can daunt his spirit;
He knows he at the end
Shall life inherit,
Then fancies fly away,
He’ll fear not what men say;
He’ll labour night and day
To be a pilgrim.

Christ is our hope. He will never fail us. Until He comes, we must be ever watching, ready at a moment’s notice to leave all and go with Him to glory.