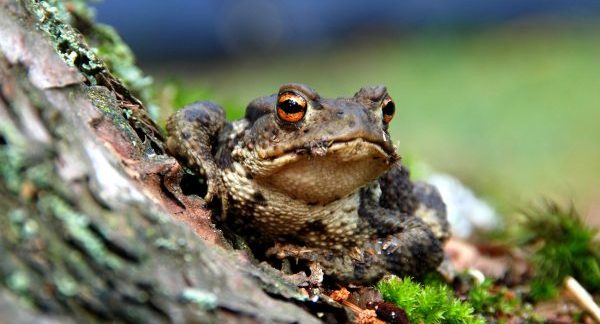 Is Creationism a red herring?

“I think” wrote Charles Darwin on his iconic first sketch of the tree of life. He went on to express his thoughts when urged to write them as a book, On the Origin of Species, and took his thoughts to their logical conclusion in The Descent of Man. The nation had been primed to receive his theories. With the lessening interest in religion, and the growing hypocrisy therein Charles Darwin struck the match which seemed to blow the whole system up. But was Darwin actually right? And does it even matter? Can Christianity survive, even if evolution rules supreme in science? Does the Gospel of Jesus Christ rely on a literal six-day Creation?

How Darwinism crept into the church

The state of the church in Victorian England can be exemplified by the lives of two men, George Müller and Charles Spurgeon. To the people if God existed it was no matter, the country was full of poverty, harsh living conditions and deprivation, sickness and death made their presence felt. Where was the loving God? This issue struck Darwin when his daughter died. Most people who would be called ‘religious’, limited their religion to attending church and nothing else. Müller saw this and worked hard to open an orphanage and help people in their practical needs, he gave all that he earnt away, so although he was given much money and help he died a poor man. Spurgeon likewise dealt with the physical needs of the people, but his greater legacy was in his stand for the Faith, and this is nowhere more in evidence than the ‘downgrade’ controversy. Along with Darwin’s theory and German higher criticism the church was being infiltrated with little defence. Charles Spurgeon would not go along with this; he resigned from the Baptist Union as they would not stand with him against these alien beliefs.

But do not suppose that these men stood alone, Gregor Mendel (father of genetics), and James Clerk Maxwell (father of electromagnetism) rejected evolution, amongst others. In fact in 1864, 717 scientists (including eminent scientists such as Joule and Brewster) signed a declaration stating they believed in the scientific integrity of the Bible, and rejected evolution. In 1932 John Ambrose Fleming (father of modern electronics), and Douglas Dewar founded the Evolution Protest Movement. From then on other organisations have been founded to oppose the belief that evolution is sufficient to account for: the creation of the universe, galaxies, planets, life itself, and for the derivation of life-forms. It is a large area of study, and is an essential part of the national curriculum. It touches so many different people, and even those with very little scientific knowledge understand the basic principles of evolution, and most believe it.

With evolution being so prominent in society, and particularly within the scientific community it is interesting to see that even the Church has accepted the thoughts that Darwin popularised. Many churches now will go with it. As this is the case we cannot say that a Christian cannot hold to evolutionary thinking. We cannot say that evolution has got rid of God in many people’s views. We cannot even say that evolution has turned everyone away from Jesus. So were the attacks on evolution by these people in the past and the modern day apologetic organisations’ arguments against evolution really worthwhile? Or is all this endeavour distracting people from what really matters, is it a red herring?

Creationism is the belief that God created everything, including the world, animals and plants. It stands opposed to the view expressed by neo-Darwinists (modern day Darwinists), that the universe started from a ‘big bang’, and life formed on this planet millions of years ago and has diversified since. Creationism does not necessarily include the idea of a recent creation, 6,000 to 8,000 years ago; neither does it completely reject evolution, though often limits its capabilities. Adaptation is often mistaken for evolution, the former is an observable fact, the latter is still regarded, even by the most ardent evolutionists, as a theory. Creationists almost universally accept adaptation, which are small changes within a genus or family group of animals (often given the term ‘Genesis kind’). But, not all creationists accept the ‘tree of life’ belief – that all animals have descended from one single-celled organism. Yet this idea does not rid the world of God. Questions are asked, “How did this life form come about?” Before that, “How did the universe originate?” For this and certain other things people invoke God, and a ‘God-of-the-gap’ theory comes about, a God who is there just to fulfill the questions that natural processes cannot answer. He becomes a deistic God (and not the Bible’s theistic God) who sets the cogs turning and then takes a step back.

Others hold to a theistic-evolutionary idea, where God guides evolution. He is involved in each step, He does not take a back seat role but rather His hand is seen in the works of evolution.

What does the Bible say?

Despite all these theories, a simple reading of Genesis chapter one does not suggest evolution at work at all, but rather a literal six-day creation. There is plenty that could be said in support of this, but time does not permit us here to go into them. Nevertheless, there are other evidences that God did things in six days. In Exodus 20, God gives Moses the Ten Commandments, inscribed by His own hand on two stone tablets. He says that the reason why the seventh day should be kept holy and separate, a day of rest, is because ‘in six days he created the universe and everything in it, and on the seventh day he rested’. Furthermore Jesus said that God made them male and female “in the beginning”, which would not be so in theistic-evolution.

It would also not be so if day-age theory was correct. This theory is one that theistic-evolutionists resort to quite regularly. It teaches that each day in the Genesis 1 account is not a day at-all, but a long period of time. They allegorise the text found in the Bible, though the Bible is more likely to be recording historical events, as the language used and turns of phrases do not suggest allegory but reality. Neither does the use of the Hebrew phrase, translated, “and the evening, and the morning were the fourth day (or third day etc.),” realistically allow these to be translated as a longer period of time.

Therefore, those who want to replace the plain reading of the Bible with a scientific theory are not just discolouring what the Bible actually says but ripping pages out of the Bible, only leaving what they like so as to match whatever is the current trend in society. There is a well-known story about a minister who was prone to tell his congregation “well that doesn’t really matter, you can take that out of the Bible”, or “modern science has shown this to be wrong, therefore you can take that out of the Bible”. When he was about to leave and go somewhere else an old woman from his congregation gave him a gift, a Bible, well the cover for a Bible, perplexed, the minister asked the woman why she gave him such a gift, to which she replied, “Well, I took everything out you told me to and the other pages fell out, and this is all that I have left”.

What does this mean? It teaches us that if you discard one thing in the Bible you start on a slippery slope that undermines the authority, authenticity, inerrancy and sufficiency of the Bible. If you cannot trust the history in Genesis why should you trust the history of the gospels? If you do not believe that Adam was a historical character then why is Christ called the second Adam? For that matter where did sin come from? Is it part of God’s original creation, and if so how come the Bible calls it an enemy? How could a good God have created a sinful world? Did He make a mistake and then need to send His Son to correct the error? Why should we trust Him or His Son then? How could Christ die for the sinner if sin is not the sinners fault but God’s, doesn’t that just seem unnecessary? Why should God punish sinners if sin is just part of His creation, which He pronounced ‘very good’ in Genesis 1? How can death be an enemy to defeat if it is the process by which God furthers evolution? What about the results of sin, the famines, wars, plagues etc? There are many more questions, many more challenges that can be issued.

So can a Christian be an evolutionist?

A person can be a believer, yet hold erroneous views, which do not affect the fundamental beliefs of Christianity (for example a Trinitarian God, and Christ as the God-man). However, they are not helping themselves by compromising on Creation. They are digging themselves a hole that they will struggle to get out of, and which many others will fall into. Some think creationism is a small issue, as it does not strike at the central message, the gospel. But, special creation is foundational to the gospel; it explains where sin and death came from. It lays the foundation for the need of a second Adam. Also, to uphold what the Bible clearly teaches upholds the authority, inerrancy, authenticity and sufficiency of the Bible, as the trustworthy word of God. These things are not secondary issues, and neither should creation be, as it is inextricably linked.

Why cower away as has been done in the past? Why not stand with Spurgeon and others who rejected evolution? Here is an opportunity to show that God’s word matters, it is reliable, it is trustworthy, it is life changing. When someone grasps God as creator they will then find it easier to call Him Lord and Saviour – the first makes sense of all that we see, the second comes from faith, and the reliability of the book that the creation story comes from.

Some people spend too much time in apologetics and the Creation-Evolution debate, and the gospel is completely lost. But others give up apologetics altogether, and the word of God; in fact the very idea of God is lost, along with the basis for the gospel.

Joshua has a Bachelors degree in Animal Science, and is looking to study for a Masters in a similar field. He is a Christian and has published a number of articles on the Creation-Evolution debate.