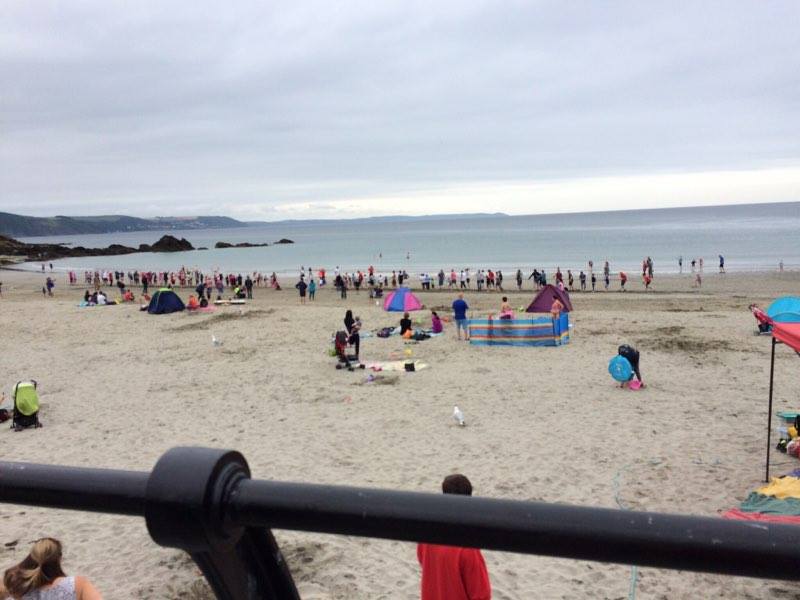 Serving Christ on a Beach Mission

As Christians, we may often talk of ‘believing and doing’. But when was the last time we shared the gospel with a person or a group of people? We are called to take the gospel into all the world and make disciples of all men. This is part of our faith; we should be active and alive. This is where organisations such as UBM (United Beach Missions) play an important role.

Serving the Lord on a beach mission offers a brilliant opportunity for Christians to share their faith to children, families and individuals on beaches up and down the country. Whilst our lives should be continuous testimonies before the Lord and men; too often we can slip into a routine of saying little and doing little, blending into the world, or even leading a ‘double-life’. For this reason, beach missions are a great opportunity, especially for young believers. They are a real challenge and test of your faith.

Essentially, beach missions consist of small-ish teams of Christians, working with children on beaches across Britain (as well as parts of Europe). Each mission lasts a week (although many places run for several weeks) with the stated aim of building lasting friendships with children and parents, and more importantly, pointing them to Christ. The following video (although a little dated) provides a good overview of how UBM achieve this:

Beach missions aren’t just about serving others, there is time set aside for personal study and spiritual growth, as well as collective prayer and worship. Being with other brothers and sisters in Christ (from mixed backgrounds), day in, day out is one of my favourite things about beach missions. It is so refreshing and revitalising, compared with day to day life. There is no swearing, no crude humour, no girl-boy flirting, immodest dress or other temptations. This difference was something that was brought home to me in stark form yet again as I arrived back home from a mission in Cornwall on a Saturday night. Almost everyone was boozing or getting ready for a night-out.

Instead of judging the poor souls who ‘live for the weekend’ and the sex, drugs, alcohol lifestyle, we should be filled with compassion, a love for the lost, a burden for lost souls, a desire to share with them the most amazing gift of God that we have. 1 Peter 3:15-16 says:

“In your hearts revere Christ as Lord. Always be prepared to give an answer to everyone who asks you to give the reason for the hope that you have. But do this with gentleness and respect, keeping a clear conscience, so that those who speak maliciously against your good behaviour in Christ may be ashamed of their slander.”

When we do so, we will be blessed, you can be sure of that!

One of the greatest things about beach missions is the fact that the gospel is being proclaimed to a receptive audience, publicly on a beach (something we still have freedom to do, although opposition abounds). The sight of boys and girls eagerly singing songs of Christ and listening attentively to Bible stories, and their parents watching on, happy to have a break from parenting; is one of the highlights for me.

A beach mission is a test of your faith, your character and a test of your ability to survive with not that much sleep; but with God’s grace it’ll be a doddle and great fun too.

For the first couple of years I dreaded going on a beach mission, my shy old self wanted to hide away. It was only with the persuasion of my parents that I somewhat reluctantly went along. I loved every minute of my first beach mission however, having just turned fifteen, but no sooner had I returned home than I retreated back into my shell like a tortoise.

Now, having aged a bit and lost some of that shyness, I can look forward to beach missions with great anticipation and excitement; it is now one of the highlights of my year. This year, I was given much more responsibility, which is daunting and scary, but with God’s grace I survived! Beach missions are an excellent training ground for building yourself up into an effective soldier of Christ. The uniform, the team, make it easier (although it’s still hard!) talking to strangers, inviting them along to beach events and pointing them to Christ, perhaps by sharing your own testimony. Before every event there’s prayer, always a primary focus – we go not in our own strength with our own message but as servants and children of God bringing his message of forgiveness to the world.

So next year, put your name down for a beach mission! You won’t regret it.

UBM can be found online at: UBM.org.uk

(With thanks to Stefan Kindall for providing the featured image).

Evangelism / Life
#Beach mission, #Evangelism, #Love, #UBM
Previous Post
Why I am not a Calvinist
Next Post
That homeschooling lark