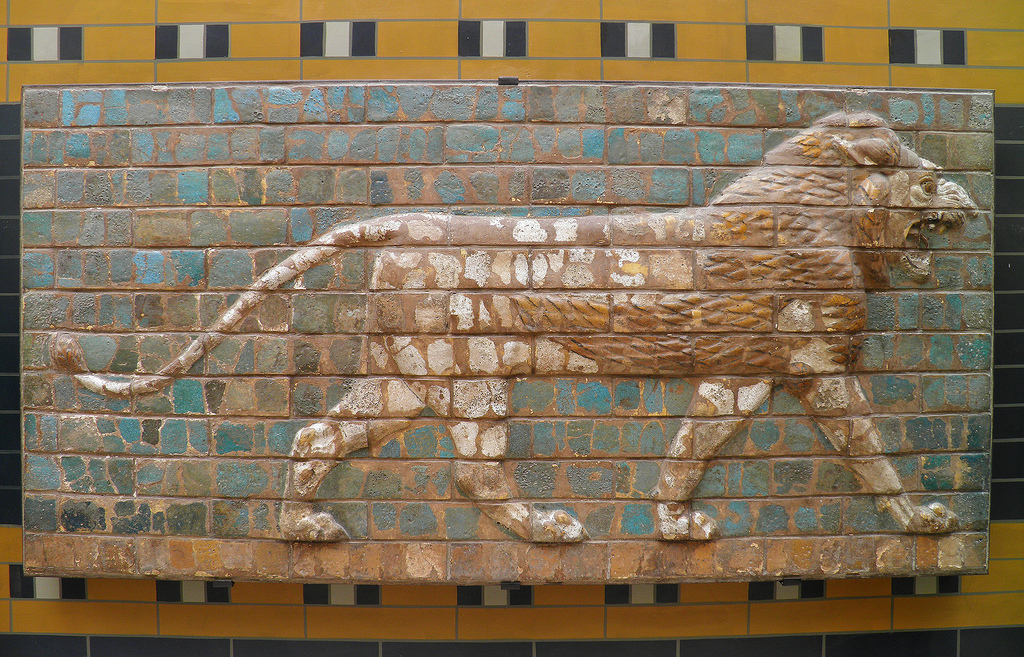 Nebuchadnezzar: the king of kings

There are a great many valuable lessons we can learn from Nebuchadnezzar’s life; and in the following series of articles I intend to draw some out and apply them to our day and age. So join me as we explore the life of a great man, raised up by God!

I’m nobody special; I don’t have a doctorate or professorship, or even a degree yet. I haven’t studied academically into this area. What is written here is based on my own personal study of the Bible and simple research and pointers from available commentaries, books, encyclopaedias and the great wealth of information available through the internet.

It can be easy to read the Bible (particularly the book of Daniel more so perhaps) as just a story sometimes, but it all happened, it is as true and real as the hair on your head (unless you’re Ben Kingsley, of course) – archaeological finds and Babylonian records back it up too. These people lived, worked and played, just as we do today.

Many people today forget Nebuchadnezzar or ignore him, yet in his day he was the most powerful man on earth, and a major Biblical character. I’m not going to launch here into how humble, unworthy or poor my attempt is on writing about the life and times of Nebuchadnezzar; you can judge that for yourself.

I’m thrilled to have an opportunity to write about a subject I love! I have attempted to present a balanced and honest picture as far as possible. I am human like everyone, so there are bound to be various mistakes and/or discrepancies. Hopefully, however, others will benefit from these articles, as I trust I will in writing them.

There are many grey areas, which is only to be expected, these events took place 2,600 years ago! Where there are conflicting opinions, I have tried to present all viewpoints equally.

Through Nebuchadnezzar’s life we can see God’s ever-present hand at work, sometimes ‘behind-the-scenes’, but other times more openly.

So without further ado: Ahem, ladies and gentlemen, I present the first part…

Nebuchadnezzar: The king of kings

This will be the first article of many, I trust; setting the scene for the events that follow, and introducing you to this fascinating man.

“Your Majesty, you are the king of kings.
The God of heaven has given you dominion and power and might and glory in your hands he has placed all mankind and the beasts of the field and the birds in the sky. Wherever they live, he has made you ruler over them all.
You are that head of gold.” Dan. 2:37-38

The Babylonians were the most powerful civilisation of their time, and subdued all challengers to that title in a series of successful military campaigns.

The city of Babylon, from where the Babylonians derived their name, was the central metropolis of the empire with around 200,000 inhabitants – a massive figure at the time. To give this some perspective, London wouldn’t reach this size until the 1600s.

The Babylonians, much like their counterparts throughout the pages of history (Sumer, Egypt, Persia, Greece, Rome, etc.), lead the way in art, architecture, lifestyle, mathematics and learning as well.

At the head of this civilization was the king, worshipped by his subjects like a god, surrounded and supported by ‘great’ and ‘powerful’ gods of gold and stone.

He commanded unparalleled power. Woe betide them that caused the slightest displeasure to his person; he would inflict the severest tortures and punishments upon his enemies, before skinning them alive. Those on whom his favour rested, on the other hand, would be showered with riches untold.

Who made this kingdom what it was? Who was ‘the king of kings’? Who commanded such power and fear?

Nebuchadnezzar raised Babylon from a backward puppet city-state ruled by Assyria, into the nation that it was. Babylon had been dominated by Assyria for centuries, despite being in a state of near-constant rebellion against them.

At first by his father’s side, but later on his own, Nebuchadnezzar elevated his nation into a major world power. Under his reign Babylon experienced its golden era.

Daniel addressed him with this title too. He did well to do so, Nebuchadnezzar was certainly a man to be feared; he had just ordered the death of Daniel and all the wise men of Babylon because of their inability to repeat to him his dream (Dan. 2:9ff). In verses 5 and 6 of chapter two, he says:

Piles of rubble is variously translated as ‘dunghill’ or ‘ash-heap’ too.

In this quote, we get an idea of the character of this man, besides revealing how perturbed he was by this dream! If Nebuchadnezzar did not get his way, we can clearly see the drastic lengths that he was prepared to go to. Who could stand up to him?

One can imagine his advisers skulking around the palace, not daring to offend or disappoint him, offering up flattery and praise rather than opinion or advice.

Thankfully for Babylon, God did not allow Nebuchadnezzar to carry out his plan which he had ‘firmly decided’. Such a rash action would have deprived Babylon of the vast majority of its rulers and teachers (as well as the resident Jewish contingent); although admittedly, the court ‘magicians’ and astrologers might not have been that useful anyhow!

Here, God clearly intervenes by speaking through Daniel to Nebuchadnezzar, relating his dream (which he apparently had forgotten or else had grown wise to his diviners’ schemes and was fed up of being fobbed off by made-up claptrap), and interpreting it for him – a great mercy for all involved; and a classic example of God overruling a man’s plans (Prv. 19:21).

The Bible speaks a lot about Nebuchadnezzar; he was God’s tool – raised up by the Lord to punish those whose heinous sins had made them ripe for judgement. Jeremiah and Ezekiel prophesy extensively concerning him.

Jeremiah’s prophecies (and the historical interludes in Jeremiah) relate his eventual conquest of Jerusalem, after destroying much of it twice, and instilling first Zedekiah as puppet-king and then Gedaliah as governor. Both of whom rebelled against him (or in Gedaliah’s case the people whom he was supposed to be governing), despite the Lord’s repeated warnings through Jeremiah (Jer. 22:25, 25:9f, 27:6f, 28:14, 29:21f, 32:28f, 43:9ff, 46:13ff, 46:26).

Unfortunately for Nebuchadnezzar, he did not recognise or acknowledge the fact that he was raised up by God and not by himself, resulting in the Lord humbling him severely; but more on that later.

Rise and fall of an empire

This period of Mesopotamian and Israelite history is fascinating with hindsight. The meteoric rise (under Nebuchadnezzar) and sudden fall of the Babylonians in the 6th century BC is certainly one of the most dramatic in history. In actual fact the Babylonian Empire rose and fell in a little over half a century.

It should be noted that the Babylon in Nebuchadnezzar’s time is the ‘Neo-Babylonian Empire’ or second empire of Babylon. Babylon had a fairly substantial, independent empire eleven hundred years before. They also had a Nebuchadnezzar before, hence why our subject is labelled the second.

Babylon, in the land of Shinar, has a long history; being the location of the Tower of Babel in Genesis 11 as well.

I hope you will permit me a slight diversion (getting side-tracked already!): One note I would like to make on the first Babylonian empire is of special historic, archaeological interest – as an example of the richness of Middle-Eastern archaeology. The site of Aqar Quf, a 14th century BC Babylonian city (near modern-day Baghdad, Iraq), is the location of “an unusually well preserved ziggurat.” Rising to a height of 180 feet, the mud-brick core of the ziggurat still stands today, weathering almost 3,500 years of history and conflict. It is remarkable that such a relic from a by-gone age has survived. Think of all that it has witnessed, from Alexander the Great to the Mongol invasions and the Iraq war …

Egypt and the pyramids get all the attention (and rightly so, to an extent), but we do miss out on the (arguably even more spectacular) remains of the Mesopotamian civilisations. Such a building makes archaeology and history in the Near East so amazing. So much still survives from its rich history; but equally so much has been lost, and so much is yet to be found.

1 – The only other human being called ‘king of kings’ in the Bible is Artaxerxes, king of Persia. However, that was a title he gave himself, in a letter sent to Ezra the priest (Ezra 7:11-13) – so it doesn’t count. Before we consider old Arty an unduly pompous chest-thumper, we must remember that this was pretty common practice for rulers in those days.